the silica in the crop was fantastic for fruit longevity 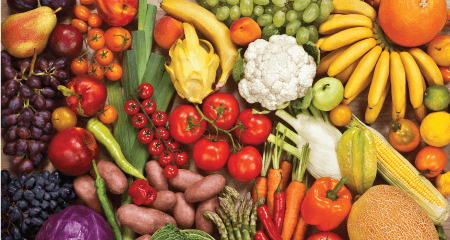 “There’s no doubt the crops in paddocks where there has been a good Guano Gold history seem to grow a more solid plant,” Mr Menzel said. Mr Menzel’s operation, Barradale Farms, near Kununurra in northern Western Australia, specialises in melon production, along with a range of broadacre crops, such as chickpeas, borlotti beans and maize.

Although the Guano Australia range of products have lower rates of macro nutrients such as phosphorus (P) than synthetic fertiliser options such as MAP or DAP, Mr Menzel said the crops where Guano Gold was used were often better.

“On the heavy clay soils, I think the plants can access the P from the Guano Gold better than they can from the MAP or DAP,” he said. Along with that, he said the suite of micro-nutrients available in the Guano Gold had a benefit to the crop. “We’re not quite sure about which elements cause the good growth, but it’s enough to say that the evidence, in terms of crop yields, is there.”

Mr Menzel also said in the crucial melon crop, the silica in the Guano Gold crop was fantastic for fruit longevity. “Being so far away from our markets, durability is critical and the silica is really good in terms of hardening up the skin and making the melons better to transport,” he said.

He said the Guano Gold products showed the benefit of investigating further than the headline number. “It’s a hard sell telling the bank manager you’d rather use a product with 12 units of P that costs more than the one with 21 units, but the results are there.”